I was lucky to be invited on a familiarisation trip with luxury holiday specialists Cyplon in December 2018 - a great time to get away from the cold, dark UK!

I met our group of happy travellers at Heathrow Terminal 4 before our Air Malta flight to Malta, leaving England behind for a promise of sunshine and blue skies. The flight was delayed an hour, giving us time to sample the delights of the airside culinary offerings.

We joined Angela and two new members of her team, Jess and Louis. There were 11 others, mainly from a range of home counties-based independent travel agents, with a couple of home-workers from further afield.

On arrival we were taken to our hotel, the 4* Palace Hotel in Sliema. In reception we enjoyed canapes and a spicy mulled wine while we checked in, and an impressive gingerbread model village and railway on display.

After a few minutes to find our rooms and freshen up, we were shown around the hotel facilities – a look at a few room categories which were in the process of having a refurbishment and the gym, spa, indoor pool and 9th floor rooftop outdoor unheated pool. Alongside this was a function room where a private party was due to start, and the TemptAsian restaurant offering a unique dining experience. This rooftop restaurant's main feature is its magnificent panoramic views of Sliema and Valletta’s Harbour, with a fusion of Asian cuisines in an avant-garde and relaxing setting. Other dining options at the Palace are the buffet-style restaurant, The Tabloid, and The Talk of Town Café, offering coffee, a glass of wine, a healthy salad or a burger.

We were then taken through the area of St Julian’s (rather unattractive concrete waterfront buildings – sadly in abundance through this main tourist area) to St Paul’s Bay, where we were welcomed at the Dolmen Resort Hotel & Spa. After looking round the few room categories and admiring the wide corridors (which seemed to be their main USP!) we were taken to the main restaurant for a rather unmemorable buffet style meal.

The following morning we had breakfast at The Palace (another buffet meal – rather average again) before meeting at the minibus with our guide for the drive to Valetta. The bus left us at the outskirts of the old town and we were given a very comprehensive tour of the city, taking in many of the important sights, including: 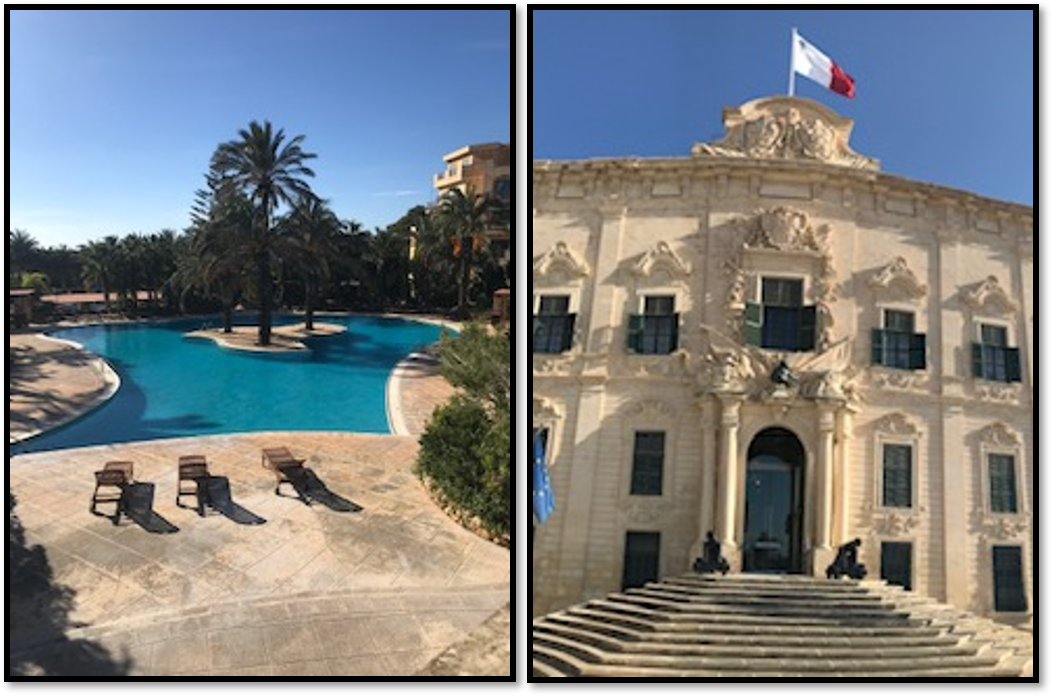 The history of the islands of Malta is interesting and varied. Most recently, in 1814 as part of the Treaty of Paris, Malta officially became a part of the British Empire and was used as a shipping way-station and fleet headquarters. After the Suez Canal opened in 1869, Malta's position halfway between the Strait of Gibraltar and Egypt proved to be its main asset, and it was considered an important stop on the way to India, a central trade route for the British.

Because of its position, several culinary and botanical products were introduced in Malta; some examples include wheat and bacon.

Between 1915 and 1918, Malta became known as the Nurse of the Mediterranean due to the large number of wounded soldiers who were accommodated in Malta. In 1919 British troops fired on a rally protesting against new taxes, killing four Maltese men. The event, known as Sette Giugno (Italian for 7 June), is commemorated every year and is one of five National Days.

Before the Second World War, Valletta was the location of the Royal Navy's Mediterranean Fleet's headquarters. However, despite Winston Churchill's objections, the command was moved to Alexandria, Egypt, in April 1937 out of fear that it was too susceptible to air attacks from Europe.

During the Second World War, Malta played an important role for the Allies; being a British colony, situated close to Sicily and the Axis shipping lanes, Malta was bombarded by Italian and German forces. Malta was used by the British to launch attacks on the Italian navy and had a submarine base. It was also used as a listening post, intercepting German radio messages including Enigma traffic.

The bravery of the Maltese people during the second Siege of Malta moved King George VI to award the George Cross to Malta on a collective basis on 15 April 1942 "to bear witness to a heroism and devotion that will long be famous in history". Some historians argue that the award caused Britain to incur disproportionate losses in defending Malta, as British credibility would have suffered if Malta surrendered, as British forces in Singapore had done.

A depiction of the George Cross now appears in the upper hoist corner of the Flag of Malta. The collective award remained unique until April 1999, when the Royal Ulster Constabulary became the second – and, to date, the only other – recipient of a collective George Cross.

Malta joined the European Union in 2004 and signed the Lisbon Treaty in 2007.

Malta achieved its independence on 21 September 1964 after intense negotiations with the United Kingdom, led by Maltese Prime Minister George Bor? Olivier. Under its 1964 constitution, Malta initially retained Queen Elizabeth II as Queen of Malta and thus head of state, with a governor-general exercising executive authority on her behalf.

In 1971, the Malta Labour Party led by Dom Mintoff won the general elections, resulting in Malta declaring itself a republic on 13 December 1974 within the Commonwealth, with the President as head of state. A defence agreement was signed soon after independence, and after being re-negotiated in 1972, expired on 31 March 1979. Upon its expiry, the British base closed down and all lands formerly controlled by the British on the island were given up to the Maltese government.

Malta adopted a policy of neutrality in 1980. In 1989, Malta was the venue of a summit between US President George H.W. Bush and Soviet leader Mikhail Gorbachev, their first face-to-face encounter, which signalled the end of the Cold War.

On 16 July 1990, Malta applied to join the European Union. After tough negotiations, a referendum was held on 8 March 2003, which resulted in a favourable vote. General Elections held on 12 April 2003 gave a clear mandate to the Prime Minister, Eddie Fenech Adami, to sign the treaty of accession to the European Union on 16 April 2003 in Athens, Greece.

Anyway, after that little history lesson, it's back to my fam-trip!

Onwards to Rabat and Mdina in the centre of the island – two ancient towns of narrow streets, fortified walls and pretty houses (and of course churches – there are 365 on the islands, one for every day of the year). Despite the blue skies and sunshine we were all cold as the wind was whistling across the islands, so were relieved to be inside for a delicious lunch in a local restaurant – pasta, tomato and cheese followed by pork, chips and vegetables and a traditional Maltese dessert of pastry dipped in an Amaretto liqueur.

Back to the Palace and a bit of free time – I managed a short visit to the gym on the 7th floor with views out across the city. We were then whisked off to the Preluna Hotel. This one was not impressive – the rooms were tired and dark – and the food very average.

After breakfast, it was another minibus to the north of the island for our ferry to Gozo. The views were lovely and it was good to sit on the deck in the sunshine. Many photos were taken of the neighbouring islands of Comino and Cominetta and the views as we approached Gozo. A different minibus in Gozo skilfully navigated the narrow streets, to the main city, Victoria.

A walk through the cobbled lanes took us to the magnificent Roman temple site housing the cathedral. From here the view across the island was breathtaking, and we arrived just as all the church bells were striking 12 and there were cannons firing and fireworks – quite a spectacle!

Back to the bus for our ride to San Lawrenz on the far west of the island and a visit to the 5* Kempinski Hotel – simply stunning! The entrance was impressive and beautifully decorated for Christmas. Opulent rooms and suites were spread around a lovely pool and spa area. From here we drove on to the coast near where the landscape looked almost lunar. It had been a site used in the filming of Game of Thrones, and a scene famous for a limestone arch by the sea which last year dramatically collapsed into the sea.

We were driven to the opposite side of the island, to a little town called Nadur, for a delicious lunch at the Fliegu bar and restaurant, that consisted of a cheese – closest in taste to a good buffalo mozzarella - with sun-dried tomatoes, capers and crusty bread for starters. Main course was a beef mince wrapped in steak with vegetable and potatoes, then tiramisu for dessert. All washed down with bottles of red and white wine, and accompanied by the most spectacular views over the Mediterranean and the island of Malta in the distance.

Back at the hotel we finally had a chance to sample dinner at the Palace. Another buffet of very similar food to the previous two nights, but quite tasty. Many of the group went out to sample the night life of Malta in St Julian’s.

Our last day saw our final trip to the 3 cities – just beyond Valletta. The Three Cities offer an intriguing insight into Malta and its history. Left largely unvisited, these cities are a slice of authentic life as well as a glimpse into Malta's maritime fortunes.

The Three Cities can rightly claim to be the cradle of Maltese history, as Vittoriosa, Senglea and Cospicua have provided a home and fortress to almost every people who settled on the Islands.

Their harbour inlets have been in use since Phoenician times: the docks always providing a living for local people, but also leaving them vulnerable when Malta's rulers were at war. As the first home to the Knights of St. John, the Three Cities' palaces, churches, forts and bastions are far older than Valletta's.

The local communities here celebrate holy days and fiestas as nowhere else on the Islands. The most spectacular events are the Easter processions when statues of the "Risen Christ" are carried at a run through crowded streets.

With everyone a bit jaded and cold it was decided that we would leave after lunch near the Inquisitors Palace in Vittoriosa and see the rest of the sights by coach on the way to the airport. A smooth journey back to London (most of us napping!) saw us leaving good friends behind once we’d claimed our baggage. The trip was so well-organised and educational, and it was great to meet so many people from different backgrounds. 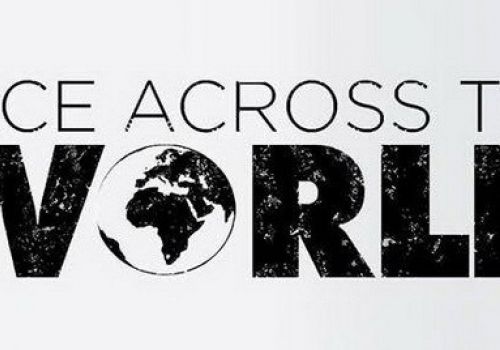 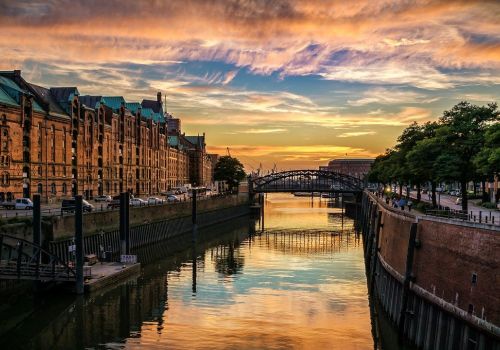 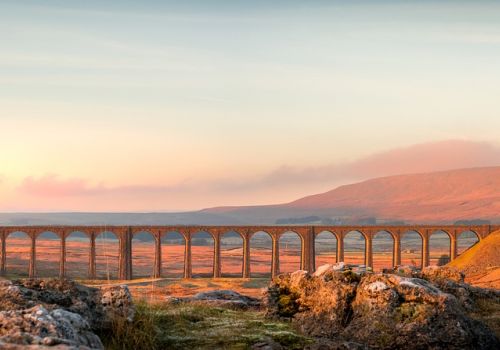 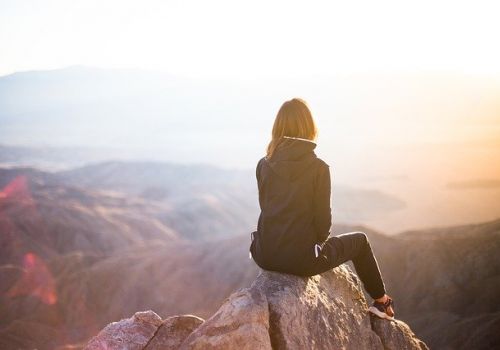 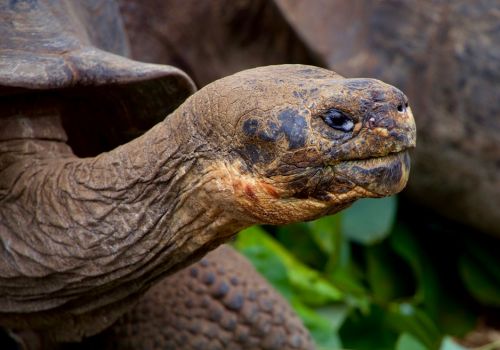